3 of the Best Golf Games to Play during your Round 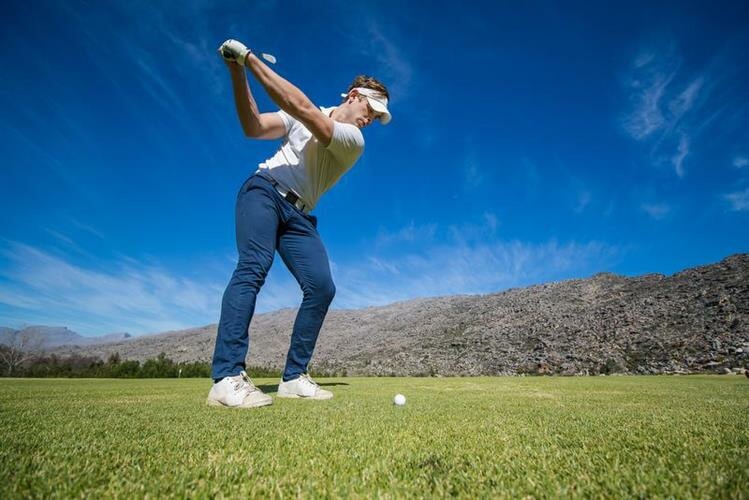 Members of Superstition Mountain Golf & Country Club enjoy spectacular play on our two Nicklaus-designed golf courses. Up-the-ante when hitting the links with your next foursome and give these different variations of the great game of golf a try.

1. Best ball or Fourball
One of the most popular and common games to play on the course begins with each player playing out his or her own golf ball. At the end of the hole, the lowest score recorded by the two-person team is used toward the team tally, while the higher score is thrown out. This is a great game novice players can enjoy when playing with those who are more experienced.

2. Vegas
This game can become quite intense from the get-go, depending on who you are playing with. Start with two teams of two, and you’ll play for a team score on each hole. Here is where the game heats up, instead of adding the two team scores - for example, Player A makes a 4 and Player B makes a 5 - the scores are paired (lowest score in front). Instead of the team in the example used making a 4-5 for a combined nine, they instead make a "45."

The team score is representative of the number of points each team earns per hole. The points are tracked throughout the round and at the end, the differential is paid off. You and your group and predetermine the point value/ For example, to up-the-ante, the reward may be $1 per point but for the casual golfer, that might be a nickel per point.

To prevent the game from getting too out of hand, there is a safeguard in Vegas. If a player on a given team scores a 10 or higher, then the 10+ score comes before the lower score when they're paired together for points. So, if a team has a 7 and a 10 rather than "710 points" for the hole, it's "107." This is the only instance in Vegas when the larger number is paired in front of the lower number.

3. Bisque
In this game type, a player can only use his or her handicap strokes on any hole until they run out with a maximum of two strokes used on any given hole. The catch of the game is that the handicap must be announced before the tee shot. The player with the lowest total score wins the day. If you know you struggle on a particular hole, you can use your handicap to keep your score intact.

At the end of the day, enjoy your time on the courses with your friends or family. Golf is a fun way to spend quality time with each other and have fun. Next time out on the links, try these games out for a way to change up your day at Superstition Mountain Golf & Country Club. Consider having the losers responsible for the first round of drinks or appetizers at the Clubhouse.