Click the names below and read more about these amazing players and all they have accomplished on the course. 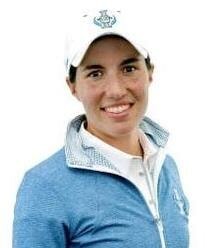 She turned professional in May 2011 making her debut the following month at the Tenerife Ladies Match Play where she finished second. She competed on the Ladies European Tour Access Series that season, winning the Murcia Ladies Open.

In her first full season on the 2012 Ladies European Tour, Ciganda won the ISPS Handa Order of Merit and was also named Players' Player of the Year. She played in 19 tournaments, with two victories at the Deloitte Ladies Open and the China Suzhou Taihu Open and had ten additional top-10s finishes. Her efforts won her the LET Rookie of the Year award and she ended the season ranked second on the European Solheim Cup.

Read about Carlota and her journey in her own words:
I began playing golf at the age of 5 with my father at the local course where my parents live. My dad has been a big influence on my career, always supporting and never pushing me. I come from a very sporting family, my uncle (dads brother) played soccer (1st division) for Athletic Bilbao and Spain. Growing up I played tennis, soccer, swimming and golf. At the age of 8 I went to my first Spanish Championship. Over the coming years I represented Spain in numerous International events and also represented Europe in the junior Ryder Cup and junior Solheim Cup. I won the European individual Championship at the age of 14 and British amateur when I was 17, and finished 2nd as a team at the World Amateur in Australia. At the age of 18 I was invited to visit Arizona State University and it was one of the best decisions I have ever made. Coming to college in the states not only helped with my golf game but also I grew a lot as a person. Being far from home made me realize who were the important people in my life. I had such a great time playing for the team. We won 5 out of the 8 events of the year during my first semester, including regionals, conference (pac10) and national championships. I won back to back pac10 and I was an all American every year. 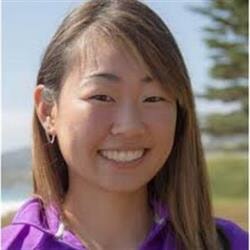 is an American professional golfer currently playing on the LPGA Tour. She began playing golf at age 8. She grew up on the Monterey Peninsula, where her parents own a sushi restaurant, Takara. She was 12 when she won the first of four California Women’s Amateur Championships, all while under the tutelage of Jim Langley, the legendary professional at the Cypress Point Club. Harigae won the U.S. Women’s Amateur Public Links at 17. She enrolled at Duke, but left after one semester to play professionally. Mina played the Futures Tour (now called the Symetra Tour) in 2009, won three times and was its leading money winner, which earned her a promotion to the LPGA in 2010.