At Superstition Mountain Golf and Country Club, we are privileged to have several professional golfers practice on our award-winning Jack Nicklaus designed courses throughout the year.

Click the names below and read more about these amazing players and all they have accomplished on the course. 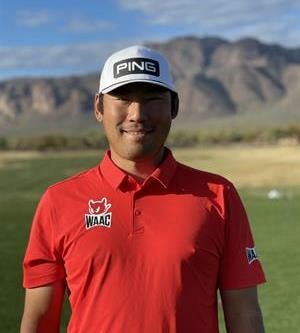 Chan Kim was born in Suwon, South Korea. He moved to Hawaii when he was 2 years old and his golfing journey started at the age of 12. He instantly fell in love with the game and would play and practice any chance he could get. By age 14 he was awarded Player of the Year on the junior golf tour in Hawaii. He won his one and only High School State Championships as a sophomore in Hawaii. To further his golfing career and open up opportunities, he moved to Arizona where he played one year of high school golf at Hamilton High School. After graduating high school, he was recruited to play for Arizona State University. During that time, Chan won 2 Arizona Amateur Stroke Play Championships (2008, 2010) and the Pacific Coast Amateur Championship in 2009. In 2010, he decided to turn pro and explore his opportunities. He started out on the Canadian Tour by winning the Q School in 2010 and played two seasons. Afterwards, he moved on to play the Asian Tour and European Challenge Tour for 3 season. 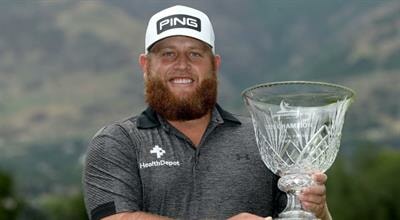 Kyle Jones, 27, began his career on Tour in 2015 after graduating from Baylor University as a two-time All-American. He earned his first win on Tour at the 2020 Utah Championship. He has had ties with Arizona throughout his life, particularly Snowflake, AZ. When he’s not practicing, Kyle loves baseball and tries to catch as many Diamondbacks games as possible. He’s recently discovered his love of fishing as well!